When Ukrainian immigrants arrived in Rhode Island in the late Nineteenth Century, they found work in mills throughout the Blackstone River Valley. Although their early years in America were extremely difficult, these immigrants quickly formed church parishes, among them ours. Today, after more than a century, the parish of Saint Michael the Archangel continues to serve Rhode Island and central Massachusetts.

We are located in Woonsocket, Rhode Island, a city in the northern part of the state, just across the border from Blackstone, Massachusetts. (see if we are conveniently located to you)
Our parish is small, consisting of about 50 persons, and a small group of dedicated viewers on the Internet. Often, after Sunday Divine Liturgy, we will gather in the basement hall of the church for coffee and a light lunch.
The priest is the primary administrator of the parish, along with two trustees who are selected by the priest, and an advisory committee of five persons elected by the parishioners at our annual meeting.
Annual events passed down to us by the Church and previous generations of parishioners mark the passage of time: the blessing of water during Theophany and food baskets during Pascha (Easter), Svyachene (Paschal lunch), the summer picnic, the parish luncheon celebrating the feast day of Saint Michael the Archangel in November, and a visit by Saint Nicholas (but not Santa Claus!) in December. 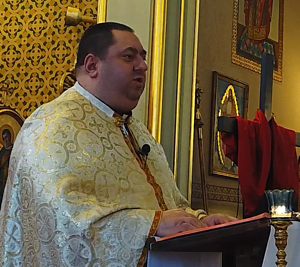 Fr. Mykhaylo Dosyak
We also respect our ethnic heritage by celebrating our Sunday Divine Liturgies primarily in Ukrainian. Bilingual portions (Ukrainian and English) of our Sunday Liturgy are the Our Father, the Nicene Creed and the Confessional Prayer. Our Saturday Vigil Liturgy is strictly in English. Like most Ukrainian Catholic parishes in the U.S., we follow the New (Gregorian) Calendar.
Fr. Mykhaylo Dosyak is our priest, who started with us in September 2018 after coming from St. John the Baptist in Syracuse, NY. He is the 28th priest to serve our parish, and the third one named Michael. He also serves the parish of Saint John the Baptist in Fall River, Massachusetts.
We also say a fond farewell to Rev. Msgr. Roman Golemba, who retired in September 2018 and served St. Michael's for 21 years, the longest tenure of any of our priests. Многая літа! Mnohaya lita! God grant you many years! 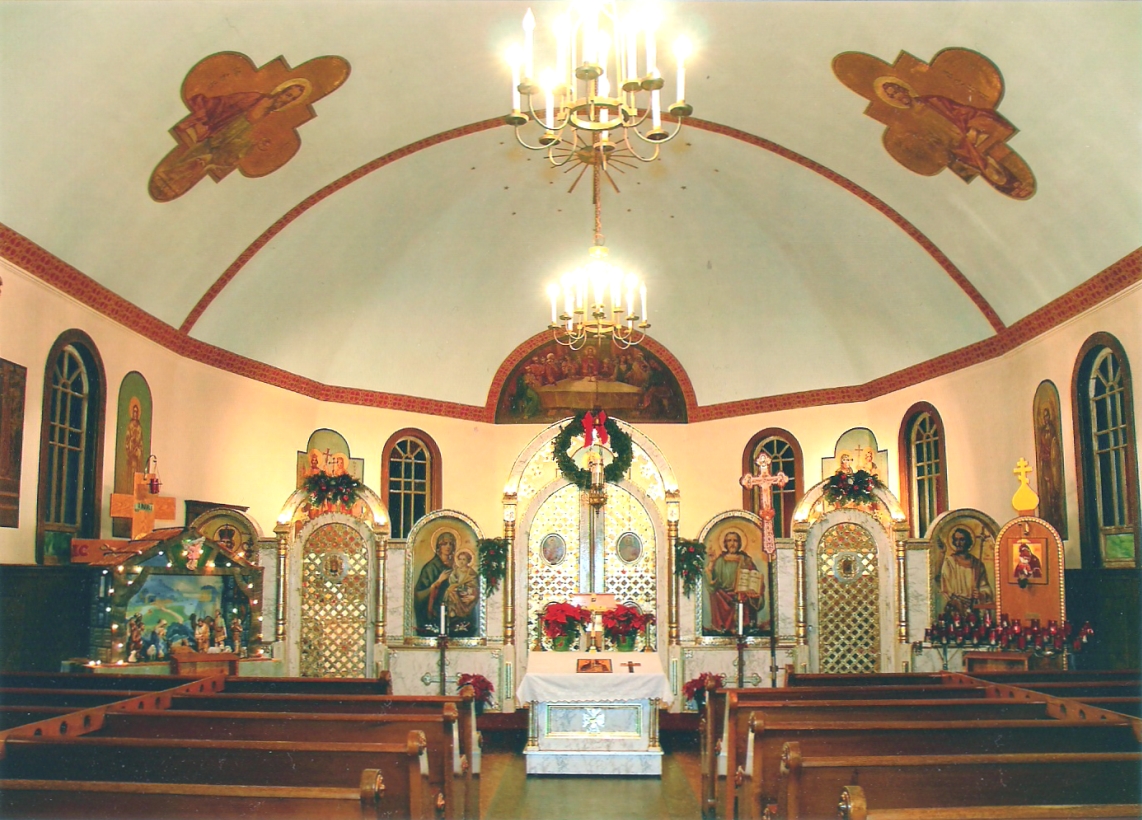 Can't find a web page you just know is on this site? Try this Site Map.

Other ways to reach us